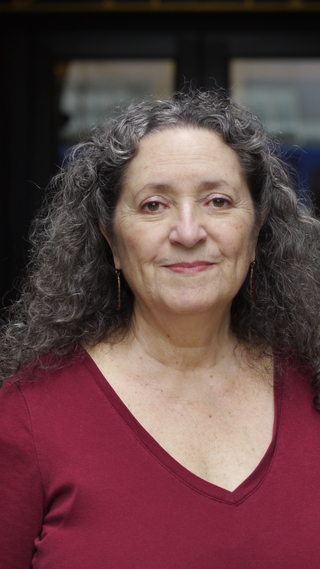 Born in Berlin, Germany, of American parents, raised in Colorado, Texas, New York, and New Jersey, and educated at Boston University and the University of Colorado, Andrea Hollander (formerly Andrea Hollander Budy) is the author of five full-length poetry collections: Blue Mistaken for Sky (finalist for the 2018 Best Book Award in Poetry from the American Poetry Fest), Landscape with Female Figure: New & Selected Poems (finalist for the 2014 Oregon Book Award), Woman in the Painting, The Other Life, and House Without a Dreamer (winner of the 1993 Nicholas Roerich Poetry Prize). Other honors include the 2021 49th Parallel Prize in Poetry from The Bellingham Review, the 2017 Vern Rutsala Award from Hubbub, an Oregon Literary Fellowship from Literary Arts, the D. H. Lawrence Fellowship, Pushcart Prizes in both poetry and literary nonfiction, the Runes Poetry Prize, two poetry fellowships from the National Endowment for the Arts, and two from the Arkansas Arts Council. In 2008 Hollander received the Subiaco Award for Literary Excellence in the Writing and Teaching of Poetry. Her poems and essays have appeared in numerous anthologies and college textbooks, including Writing Poems, The Poets' Grimm, and The Autumn House Anthology of Contemporary American Poetry—and in such literary journals and publications as The New York Times Magazine, Poetry, The Georgia Review, The Gettysburg Review, FIELD, Five Points, Cloudbank, Poetry Northwest, and Creative Nonfiction. For more than 22 years, Hollander served as the Writer-in-Residence at Lyon College, which awarded her the Lamar Williamson Prize for Excellence in Teaching. In 2011 she moved to Portland, Oregon, where she mentors writers individually and teaches writing seminars in poetry and the personal essay.

Interviews of Andrea have been aired on such radio programs as Live from Prairie Lights (Iowa City), Prosody (Pittsburgh), and New Letters on the Air (Kansas City).

And her work has been featured by Garrison Keillor on his radio program, The Writer's Almanac, and by former United States Poet Laureates Tracy K. Smith on her podcast The Slowdown, Billy Collins on his "Poetry 180" Internet course for high school students, Rita Dove in her Washington Post column "Poet's Choice" and her New York Times Magazine feature "Poem," and Ted Kooser in his syndicated column, "American Life in Poetry."